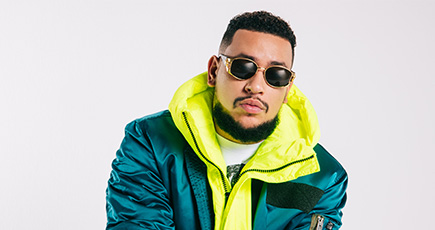 AKA, also known as “the Supa Mega” has spent the last 6 years pushing boundaries in the African hip hop scene with a series of killer singles and albums. When the continent stops to listen and vibe to the new music he drops, the buzz is more than justified. 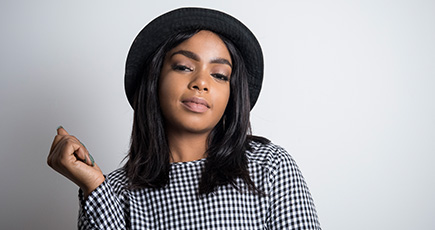 Shekhinah, born Shekhinah Thandi Donnell, is a Pop/R&B vocalist and songwriter born in Durban, South Africa. Shekhinah has established herself as an artist on a national scale by performing at a variety of corporate, government and public events since her stint on IDOLS. 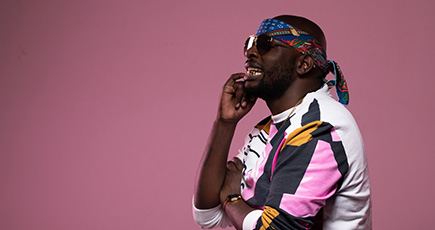 Themba Sonnyboy Sekowe (born c. 15 November 1987) popularly known by his stage name DJ Maphorisa, is a South African record producer and DJ. As a record producer with a blend of house music and afropop, he has worked with and has received production credits from several local and international notable artists including Wizkid, Kwesta, Uhuru, Drake, Black Coffee, Major Lazer, Runtown, C4 Pedro Era Istrefi, among others. 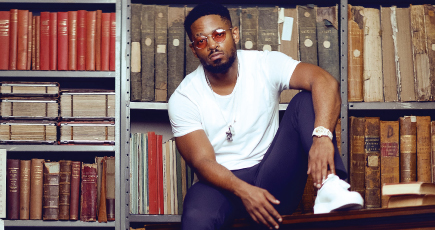 Spurred on by the phenomenal success of Charlotte, his hit single featuring Lady Zamar, dance music star DJ Prince Kaybee is turbo charged to take on the world. After dominating the local music circuit and performing on some of the most prestigious stages, the ambitious Prince Kaybee dreams of bigger things with the release of his second album I Am Music. 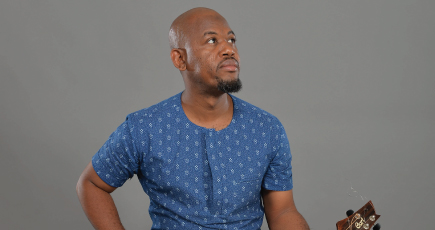 Sereetsi & the Natives is a refreshing definitive reference in the contemporisation of folk music in Botswana and a unique voice in the World Music arena. The act presents a fearless new sound that is as forward looking as is rooted in the indigenous musical traditions of Botswana with Afro Jazz textures and influences from Western idioms like pop, jazz and classical music. Sereetsi & the Natives signature is the Botswana four string folk guitar and the many traditional rhythms of this southern African country. 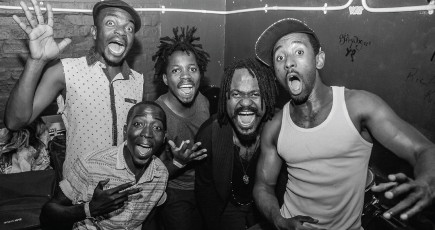 ‘Flying Bantu’ is a 5-piece musical act from right underneath the magical spray of the Victoria Falls, In Zimbabwe. Their versatile sound embodies various flavours and boldly expresses an Afro: Rock/Reggae/Funk/Jazz mix which can best be described as “Afro Fusion”. 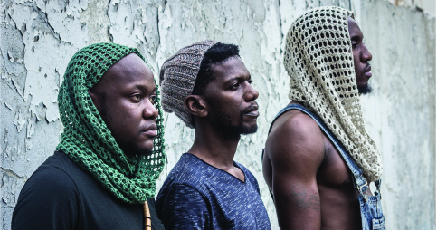 The Djembe Monks Movement is a Tribal House music band from Bulawayo, Zimbabwe. The act is popular for its inimitable and enthralling blend of house music and live percussion. So riveting is their sound, as they jag the traditional African drums and organic vocals with the modern wheel spinning hum. 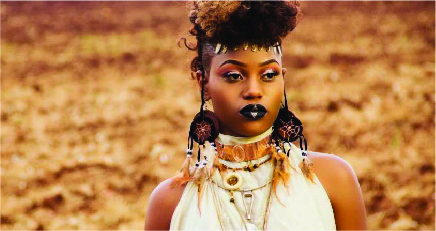 Thamsanqa Moyo is a Zimbabwean singer, songwriter and guitarist known mostly for her 2016 song Ndibereke. She is one of Zimbabwe's youngest musicians. At an age of 13 while she was in Form One, she was already sharing the stage with International artists like Joe Thomas and performing with local artistes like Oliver Mtukudzi, urban groovers like Stunner, Ba Shupi, as well as Alexio Kawara. 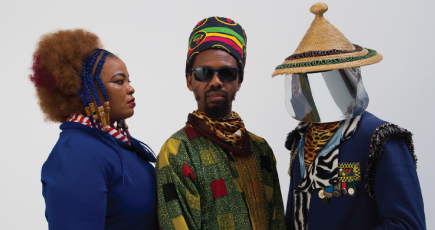 Zafari are an expression of futuristic African electronic music. An infusion of synthetic and organic sounds tell stories that ignite the audience with a progressive message. Looking through the telescope towards Afrofantasma. 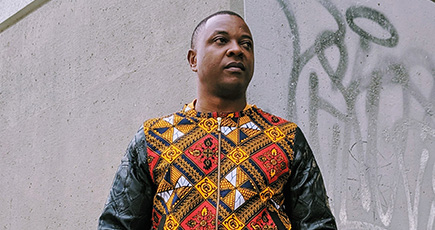 TK Smoothe is the CEO of Moonraiser Ent. He was born, raised in Zimbabwe and has been based in Toronto, Canada since 2001. His journey in the entertainment industry began at St Paul's Musami high school. Moonraiser Ent has hosted several events showcasing the diversity in music, arts and dance cultures of Southern Africa.

Since the year 2000, Shylo has been a well-known and respected DJ in the South African club scene. With a love for all things House, her sets are carefully curated to include funk, electronica, new disco, deep and soulful, all the way through to progressive and techno for the club environment. 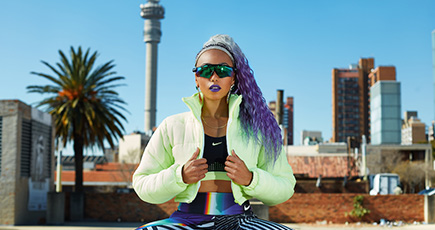 One of the most sought-after live mix DJs in the country at the moment, Bass-queen DJ Doowap is Khetsiwe Morgan; a British-South African Academy of Sound Engineering graduate, stylist, hair artist and live mix DJ dabbling in Hip Hop, Trap, Grime and Gqom. 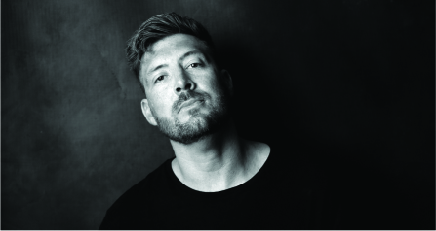 Jason Le Roux is an electronic music producer and DJ representing the contemporary and afrocentric electronic scene. His music is a mix of deep house, tech house and afro sounds mixed with ethnic rhythms and organic percussion, surrounded by melodic and ambient atmospheres. An accomplished and proficient DJ and artist, widely respected by colleagues & players in the industry, Jason Le Roux has been devastating dance floors around the world for more than a decade and has become Zimbabwe’s connection to the global electronic music scene. 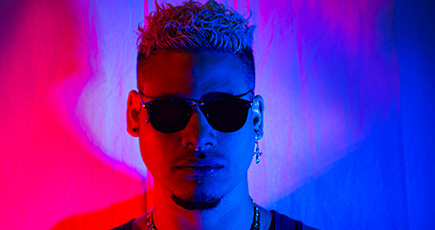 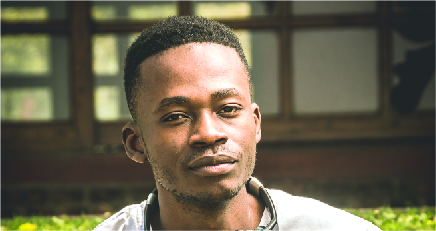 MOTHUSE “RYAN SYNTH”BALULE is a cool, calm and down-to-earth person –that is, until he hits the decks and gets the crowd into a frenzy. RYAN SYNTHhas a reputation for being able to please a diverse crowd. He has also taken the clubbing experience to radio by enjoying radio residency for the past three years, gracing the public on provincial,national & international radio stations were he would deliver a pre-party *Ultimix set which would be prepared for your listening pleasure, whether at the comfort of your home, car or preparing to go out. 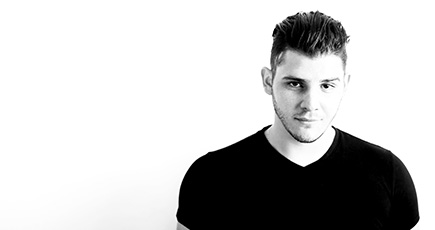 Nic began his journey with Hidden Culture in 2013 entering into our annual DJ Competition & making it through to the finals. Clearly talented, hungry & armed with a good ear & great attitude, Jason Le Roux saw potential & took Nic under his wing as a protégé. Nic has developed into one of the most sought after DJ's in Zimbabwe. Having supported international acts like, Belocca, Alex Kenji, Wankelmut, Kryder, Tom Star & Apster to name a few, Nic is also one of the resident DJ's at our infamous Sushi Sunday events. 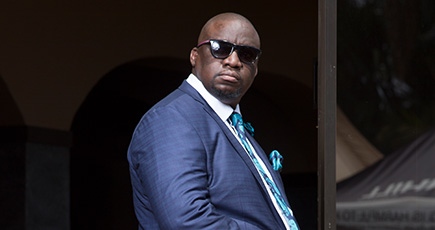 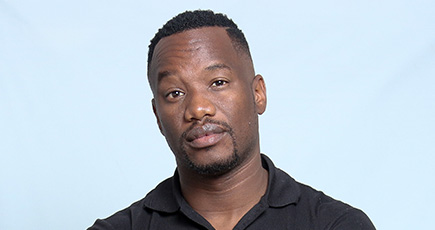 One of Botswana's most celebrated DJ’s of our times. With 18 years experience at the age of 34, a record label owner, Producer and Remixer. 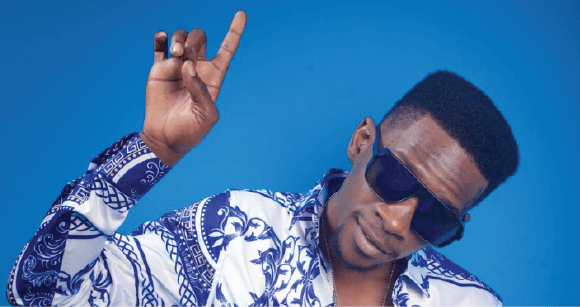 Jah Signal born Nicodimus Mutize is a contemporary Zimdancehall artist who hails from a suburb called Kuwadzana in Harare, Zimbabwe. He uses deep metaphors to convey his message to his plethora of fans. He wittingly embeds social commentary in his music concomitantly creating music that is laden with meaning. 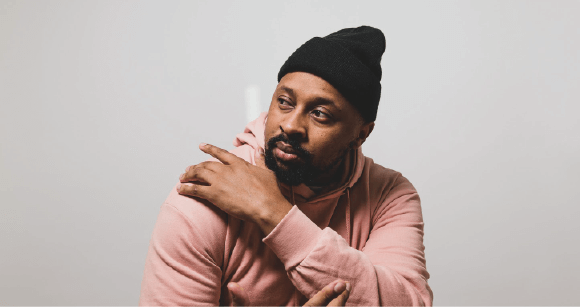 For South African born, Australian raised hip-hop artist, KG, his craft isn’t just about making music that pops, it is much larger than this immediate effect. With his inspired rhymes and impassioned delivery, KG is speaking up for those in his community who cannot. An emerging voice encouraging positivity and progression on a personal level, on a societal level and on a musical tip, KG looks directly at a diversifying Australian music scene - that still has some ways to go in terms of embracing powerful young people with things to say. 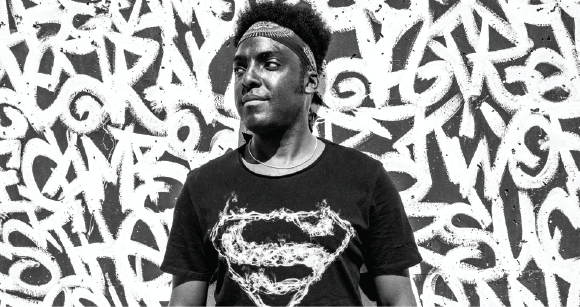 KYLLO is the newest incarnation of Zimbabwean born and raised singer-songwriter and producer Ryan Koriya. Ryan grew up studying classical music, namely the violin and cello at the Zimbabwe College of Music on a full scholarship as he excelled in his performance art from day one. KYLLO is not a stranger to the Vic Falls Carnival stage and is known for his ability to engage with a crowd in a way that demonstrates just why his live shows have already been well received in Europe, Scandinavia, Australia, New Zealand, North America and Southern Africa. Having recently added Switzerland to the mix, the list of destinations keeps getting bigger. 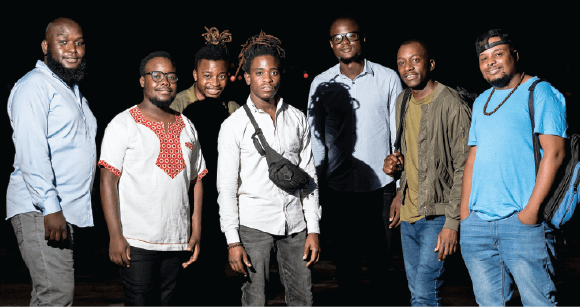 Ngoma iNgoma is inspired by the richness of the Zimbabwean & African cultural music as well as the need for continuity in our music culture in Zimbabwe. We create music that speaks on equality, unity and love. We would like the world as well as the generation that will follow us to hear and know of African sounds and rhythms. Ngoma iNgoma is driven by the belief that in addition to making people dance music can teach lessons and pass positive messages.